A downloadable visual novel for Windows, macOS, and Linux

In order to download this visual novel you must purchase it at or above the minimum price of $9.99 USD. You will get access to the following files:

Bought and played this on Switch, but just wanted to leave a comment saying that I absolutely loved my time with this VN! The world and tone was set in such an interesting way, the characters were quite well-written, and the PC-98 presentation is entirely on-point. Very glad I found this game!

So happy you liked it <3 Thank you for this comment

Was this game pulled from Steam? When I try accessing its Steam-Page, it throws me right back to the main store-front.

Does the purchase here on Itch come with a Steam-key?

Hi! The game is stillk on steam as far as I know and I can see that 16 people have bought it even today, so there shouldn't be a problem. Sadly the itch.io version doesn't come with a steam key. I'm able to request a batch of keys from steam, but that might take some time.

Ah, ok, thanks. For some reason, for a few hours yesterday, I couldn't go to the game's Steam-page. It would always throw me back to the main store. But it's working again and I bought it there. Cheers! :)

Glad that everything worked out! <3 Thank you for buying it, and hopefully you have good time with it!

This is the story I always wanted to read (for the beginning-mid part anymway !). I had the occasion to read hundreds of stories with relatables chara and epic stories, but none did that AND gave some political vibes, especially about the "violent approach".

The way that "the good people" can be racist, shallow, or violent. Or the bad ones being nice peacful people...

...I stole (copied) this game on a shaddy website (not bragging, I do that ; no big pockets to try games I won't play to the end) ; but considering, I think I'll pay twice there, and spread the word about how great this game is. I'm really looking forward for more ! Especially Elmo, the story and writing really were something (even if it's a package, music and art were on point too !).

* how they could use the same car of Amy's parent without being traced back instantly (or at least linked to Amy's parents).

* In the archive, the bad guy let them destroy the precious steel-memory thing... WHY ?

Also I must say I was a bit disapointed by Rani's ending - while the start was very promising and creative, it kind of ended in bloody-nonsense with a stereotypical joker monster face to face.

It was well written but, meh ! You made a cast with such a depth it's a bit sad to make them end their story this way ; being war hero and then magic trick, get them make a hipy-social fork from nowhere disregarding all what they stood for. Also using a TONE of the providential hero stuff.

Thank you for your comment (and purchase!) We're glad you liked it! And all your criticisms are very valid points we have thought about ourselves after the game was released. We'll be doing better work with our next game <3

It has the most likeable cast of characters ever. A really enjoyable and engaging experience from start to finish. I was quite surprised how dark it got at some moments but also appreciated the fact that in the end it actually made me feel good with a tint of sadness. Well done!

That's our weakness too <3 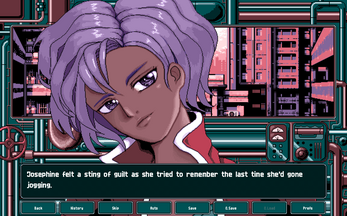 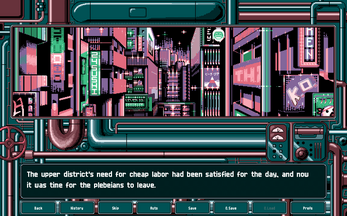 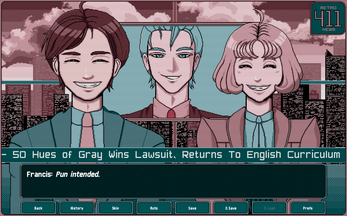 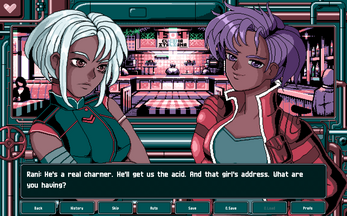 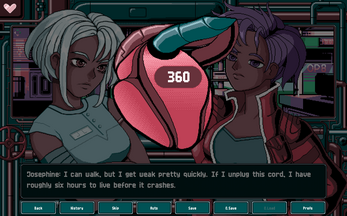 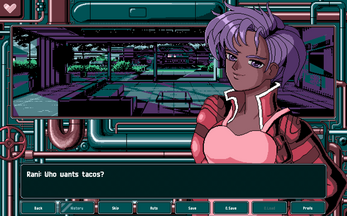 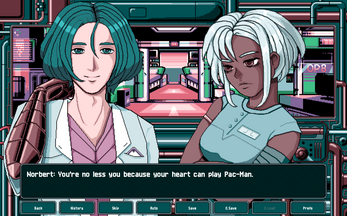 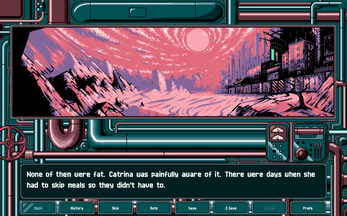 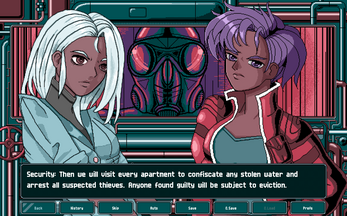 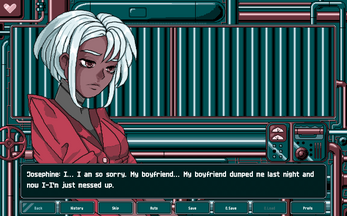 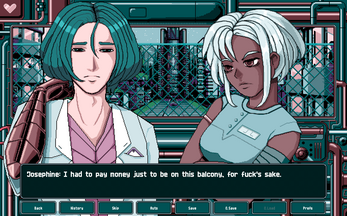