Ren'py is the most widely used visual novel engine. (A tool you make this kind of text-based games with) Ren'py is based on Python coding language. You can use Python to program your own features inside Ren'py but that is not even necessary. Many famous visual novels were made with it. Last year a smash hit vn called “Doki Doki Literature Club” came out. That was made with Ren'py. I am an ICT student so I have some programming skills, but when I started developing this game I knew nothing about coding. I chose Re'npy because even the 15 year old me could understand the interface and most of the coding is done for you, if you are okay with not changing the default GUI. (It also helps that Ren'py is free to use and there are no licencing fees) 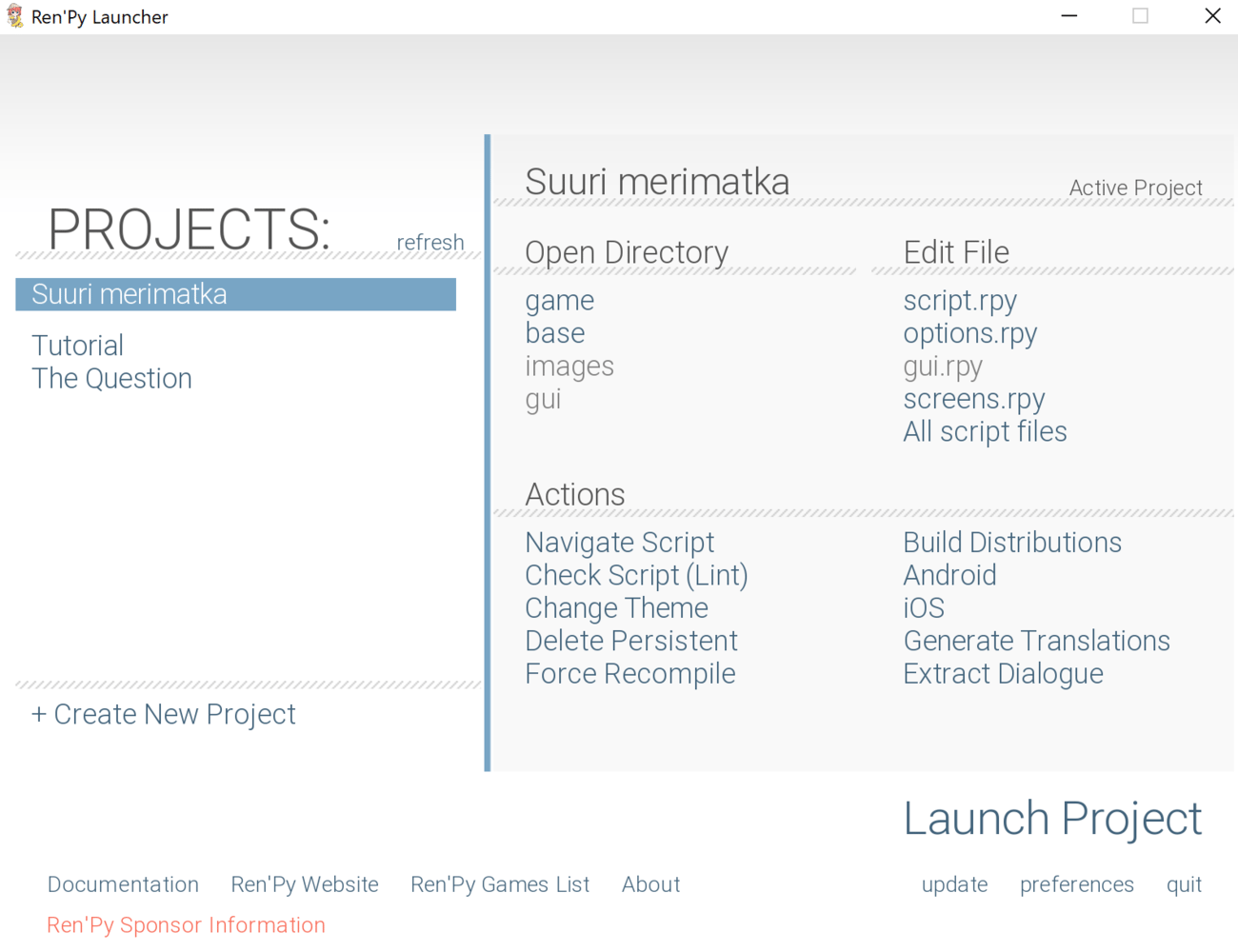 After fishing the old project from my previous, virus ridden computer, I noticed to my surprise that it was immediately compatible with newer version (by 4+ years) of Ren'py. Some new features were unavailable though. The Great Voyage has such a simple script that no fancy new features are in any way necessary, so I decided against porting my old “code” to a newer version. 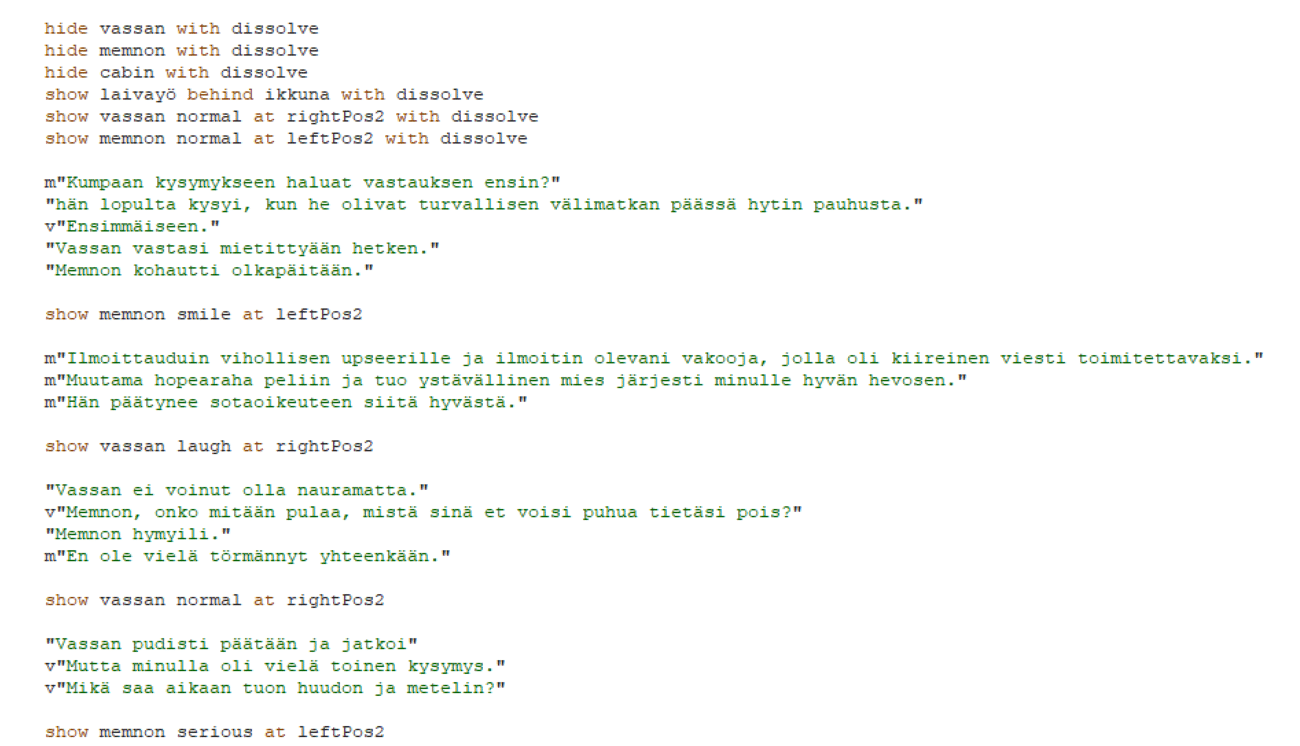 (A part of the simple script that is The Great Voyage)

Because Ren'py is the most popular VN engine, it naturally also has the most comprehensive documentation. If I had a problem or wanted to make a feature, I could type my question into Google and the first result would be someone with an answer to my problem. A lot of the documentation is out of date, but because my version is also out of date that didn’t become a problem with me :)

If I want to get my game into Steam, I have to incorporate steamworks. I still have no idea how to do that with Ren'Py and if steamworks and my older version of the engine are compatible, however I have a friend who has experience with steamworks, so I will work this out with them. I might have to port the game to a newer version, but this shouldn’t take longer than a week.

Get The Great Voyage