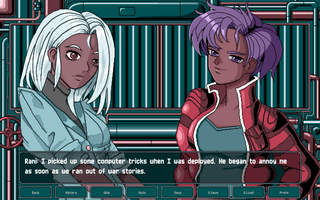 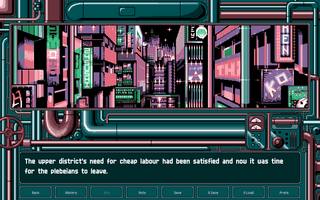 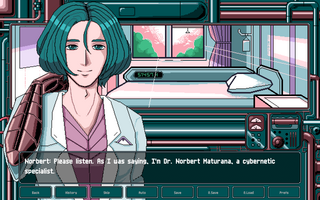 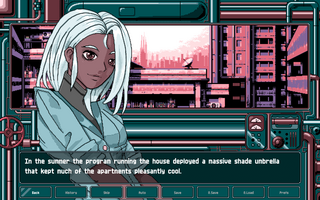 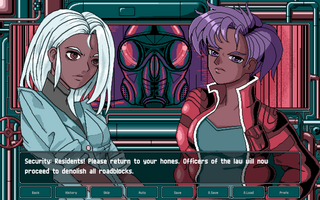 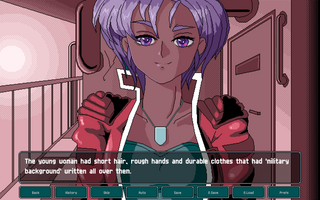 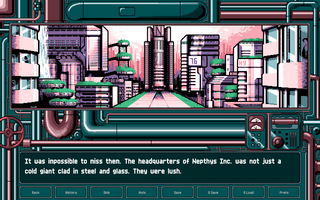 Hey all! You might remember me for uploading about the small pixel art  last autumn I’m back with another visual novel with pixel art! This time we have a demo for you. Our VN is called “Vengeful Heart” and it’s about a woman who wants to tear down a big corporation for destroying her life. She’s injured badly and loses her heart and is saddled with mountains of medical debt. Together with other unfortunate souls they make a plan to erase everyone’s debt and take down Nepthys, an entity that controls their lives.

This demo covers the first 2 chapters of the story and the rest will be released later this year. (or early next year) We will also release the demo in Steam, but there’s some kind of trouble with the finances with Steam, so the demo’s release will be delayed a month there.

Again: the art style is inspired by older japanese PC-98 VNs. Most of the art was made by me, but many of the backgrounds were drawn by the awesome Dmitry Petyakin / El-Metallico

The music was composed by D. Ray. (Yayy no more stock music)

We hope you enjoy what we have created!

If you use Itch.io’s optional payment system to pay 5$ or more for the demo, you will get the full version FOR FREE upon completion. (Both Steam and itch.io keys)

Follow us on Twitter for frequent updates. I will also post new devlogs on itch.io anytime we have enough material to justify writing one. If you would rather participate in conversation about our work, join our discord server HERE

They took her heart and her future. Now Nepthys will pay!